What is Competitive Benchmarking in Business

What is Competitive Benchmarking in Business?

No, it’s not what a pigeon does to that nice place where you’d wanted to sit in the park. Competitive benchmarking in business is, in fact, a process of—here comes the numbing definition, we’ll translate it into plain English in a second, we promise—comparing the quality of an organization’s policies, products, operations, processes, etc., (e.g., a company’s productivity, staffing levels, financial performance, etc.) against those of other organizations in the same industry, or in the broader marketplace through the use of standardized metrics, or KPIs.

A Simple One Sentence Definition of Competitive Benchmarking: Benchmarking is the Process of Comparing Your Business to Others.

In this article, we’re going to explain the different types of competitive benchmarking in business, and tell you a cool, real-world story of competitive benchmarking in action. This, you undoubtedly guessed by now, is to lay the groundwork so that you can arm yourself with the ability to benchmark your company against others, and thus determine what and where improvements are called for. 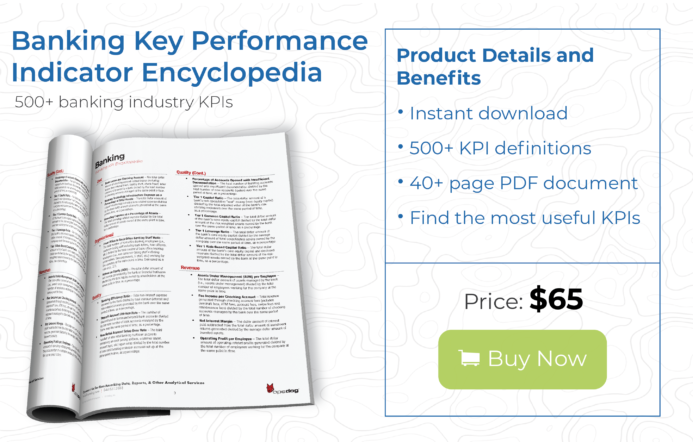 What the Competitive Benchmarking Process in Business Answers

Using KPIs—yup, that’s Key Performance Indicators (and you can learn all about them in our KPIs 101 articles if you need to)—competitive benchmarking asks, and seeks to answer, three really good questions:

Clearly, these are real-world concerns. Your business operates in a competitive field, and you can’t see how it stacks up against others in a vacuum. This is why competitive benchmarking is such an important and trusted way to improve.

It gets better. Competitive benchmarking can be performed at different levels within your organization. It can be company-wide, regional, departmental, process-based, and even focused right down to the individual-employee level. If you can assign a KPI to it, you can benchmark that KPI against those of your peers. Pretty powerful.

In true OpsDog fashion, we’re going to not only define each type of competitive benchmarking in business, and give you example metrics thereof, but we’ll also tell you, in plain English, why each type of benchmarking in business would matter to you. Because it’s not enough that you simply understand these concepts. It really starts to pay off when you make them work for you.

Below are 5 examples of competitive benchmarking used in business today:

Just as your business doesn’t operate in a vacuum—hence the need for competitive benchmarking—the KPIs and benchmarking analysis which you employ shouldn’t be considered in isolation. They’re often downright symbiotic, and you can take advantage of this inherent interdependency by utilizing them in concert to supercharge business operations performance.

An example is in order:

It’s got kind of a beautiful Aesop-like/house-that-Jack-built kind of flow to it, doesn’t it? And you thought data wasn’t pretty.

Put another way: It’s a way of seeing how business performance, like the late Ted Stevens’ infamous “series of tubes,” runs from the individual-employee-desk level all the way up to the macro-market level. And back again.

This is a true story of competitive benchmarking. You’ll like it.

From about 1950 through 1975 (yes, a quarter century), Xerox dominated the printer market. Yet in the early 1980s (cue big hair, shoulder pads, and neon), Xerox faced stiff competition from Japanese competitors such as Ricoh and Canon.

Did we say “stiff”? How about “devastating”? These Japanese interlopers were able to sell their products at lower prices, eating into Xerox’s earnings. In fact—and here’s the killer benchmark for you—Xerox’s market share fell from 86 percent in 1974 to just 17 percent in 1984.

Enter new Xerox CEO David Kearns. In 1982, he sought to understand the underlying reasons of Xerox’s shrinking market presence. (Stiff competition? Shrinking presence? Oh, get your mind out of the gutter.)

Kearns began by launching a competitive benchmarking project for Xerox’s operations against those of its Japanese counterparts. Here’s what he found: Xerox’s benchmarked cost to manufacture a single unit was roughly 50 percent higher than those of its competitors. Fifty percent higher!

Know what Kearns did? He fired a ton of people, and then promptly had a heart attack and died.

No, not really. He actually launched an internal program, dubbed “Leadership Through Quality,” to define and address the underlying drivers of this crippling competitive cost benchmark disparity. It looked at manifold issues across Xerox’s product development, procurement, and manufacturing operations. Specifically, its high-level goals included:

Clearly, Kearns could never have accomplished any of this if he had suffered the aforementioned heart attack. And with the implementation of specific improvements to address its newly-discovered shortcomings its competitive benchmarks, Xerox was able to regain market share and curb the rise of its Japanese challengers.

We knew you’d breeze through this article. Ready for another? In our next one, we’ll uncover what competitive benchmarking projects actually do and various benchmarking best practices you can follow.

Or, before you dive into that article, why not dive into our rich trove of ready-made benchmarking reports, available for immediate download? (We also offer custom benchmarking services if you really want to drill deep.)

Article Series: A Guide to Benchmarking